This week kicked off with soybeans touching eight-month lows during the night session as the trade is clearly continuing last month’s bearish trend for now, however some bargain buying may help support soybean values in the near-term.

Tuesday’s trade opened higher and continued throughout the day trade with a more positive outlook across the commodity sector. Asian markets including Shanghai commenced trading Monday after an extended holiday interlude, which may be contributing to some support for ag commodities as well.

Wednesday and Thursday introduced a bit more volatility into commodities with the announcement from China that they will be cutting tariffs on $75 billion of U.S. imports in half to carry on with efforts included in the newly signed phase one trade agreement. These cuts are set to begin on February 14th, and they are reported to include soybeans among other commodities. Export sales on Thursday reported wheat net sales down 48%, corn up 1%, and soybeans up 76% from the previous week. These sales figures await confirmation that will be published Monday.

Friday ended the week quietly on the positive side led by corn, as the trade mulls any continued Chinese buying with continued market uncertainty, the U.S. Dollar value being up to its highest level since mid-October, and an updated supply and demand report from the USDA due out next Tuesday. 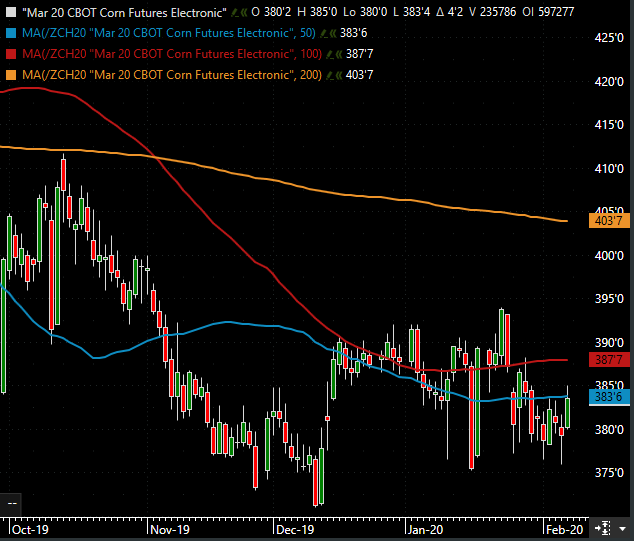 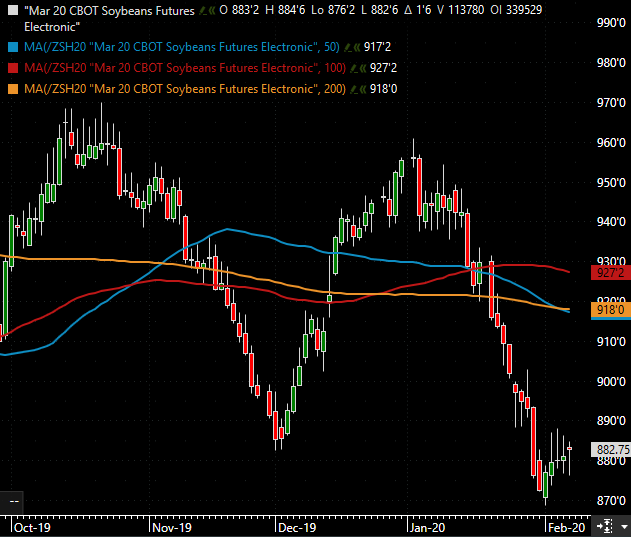 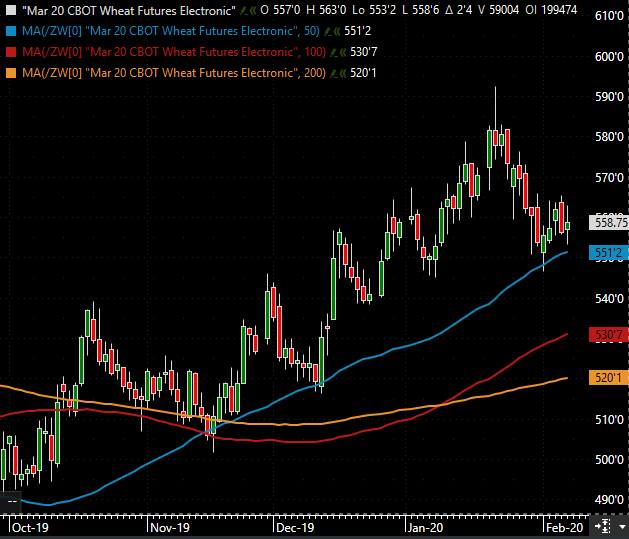 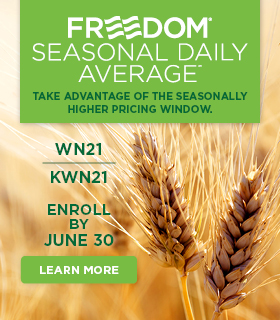