There will be no Morning Market Commentary today. We apologize for any inconvenience.

Let us skip right to the important part of this week’s trade. The market moved aggressively higher on Tuesday after the very welcoming news from the USDA that 92 mil acres of corn and 83 mil acres of beans were planted vs. the higher estimates shown in earlier reports. Dec corn moved 15.75c higher, while Nov beans ended the day up 20.75c. The next USDA report will come next Friday July 10th and should update us all on expected supply and demand for all major commodities. The 92 mil and 83 mil acres numbers will be used in this report along with an updated yield estimate.

Moving past the big and obvious news, the market continued higher on Wednesday, adding another 10c on Dec 20 corn and 16.75c on the Nov 20 bean contract. It was reported that just shy of 300 mil corn was crushed for ethanol in May. Distillers production was pegged at 1.234 mil tones. Ethanol production finally moved back above 900k barrels/day last week. Ethanol stocks continue to slip lower, indicating very good demand.  Bean crush for the month of May was also released on Wednesday. The 179.5 mil bu crushed was just shy trade expectations, but strong, nonetheless.

The trade ended this week’s business a little early to kick off the July 4th weekend. The corn and bean markets sold off slightly after the torrid pace set earlier in the week. Export sales were the highlight of the day. Total corn sold, both old and new combined, was 24.5 mil bu. Total beans sales came in at 9.5 mil bu. We did see a new sale to China hit the books this morning. This 126k mt of beans will be shipped out of the 20/21 crop.

Weather forecasts are just okay. Heat and dryness are predicted for much of the Midwest over the next 7 days. I’ve attached the 1-7 day rainfall total map. Expect 10-30% chances of rain to be common, paired with 90-degree heat. Pollination will start in lots of areas soon, so this will be key over the next week. 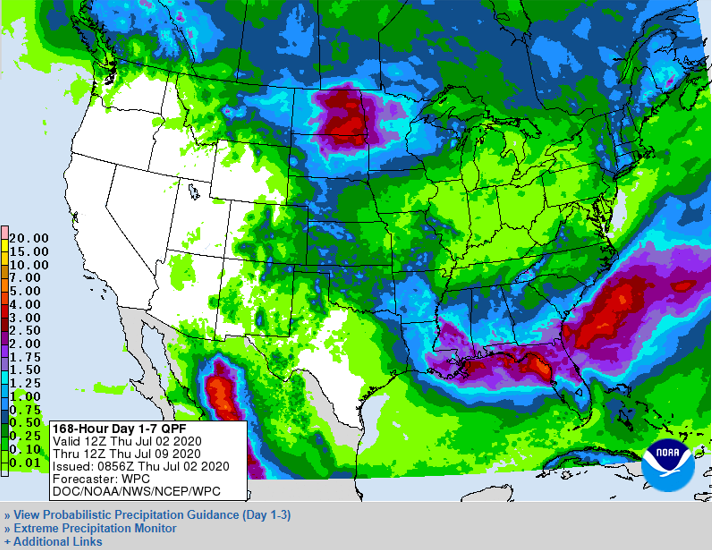 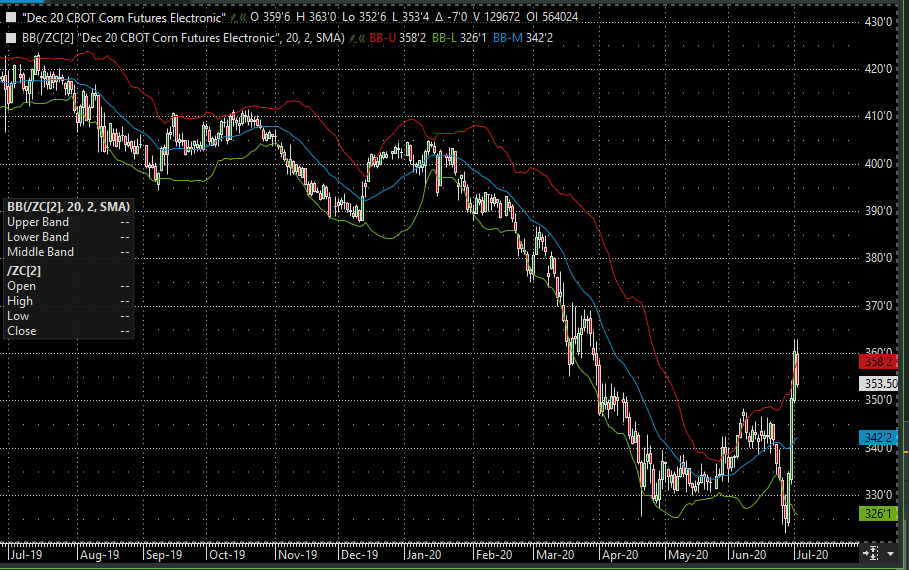 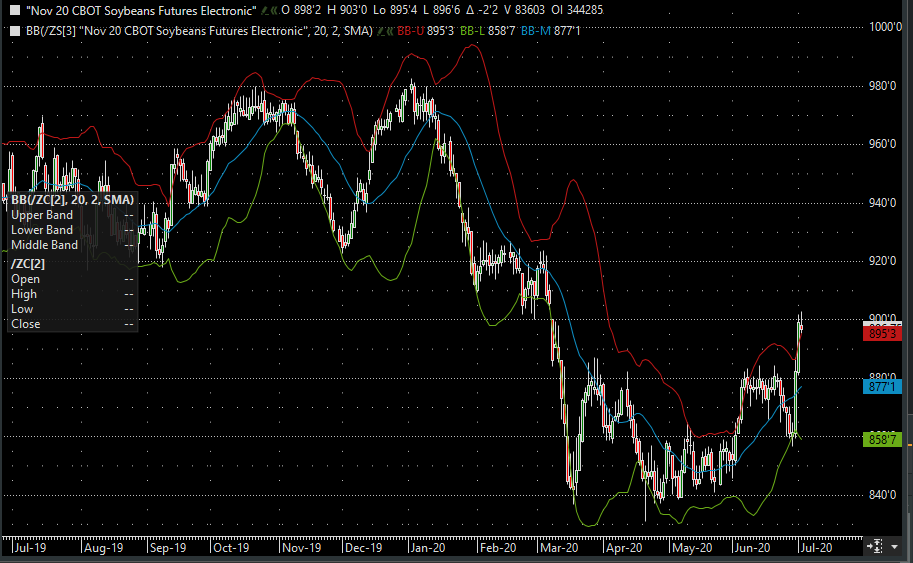