Despite remaining in a sharp downward trend beans get a bit of a technical bounce to start the week. Since Monday’s COT report showed a record amount of fund selling during the last bit of November, bean prices have shown life. Now at a critical junction the market awaits a phase one trade deal by the perceived Dec 15 deadline before making the next decisive move.

A 91c collapse since the October 22nd high has left Jan bean futures at their lowest level in four months and deeply oversold. For now, support at the late summer lows has held as the market solves a bit of that oversold condition. That said, prices will need to spend some time above the quicker moving averages and trend line resistance before trade considers this week’s advance more than just a dead cat bounce.

Managed money has been in all-out selling mode in beans since October. A lack of trade deal progress and a benign start to the SOAM growing season has seen bullish momentum topple. Obviously, a trade deal would help the market, however the risk of further declines remains if prices can’t stabilize on the chart. 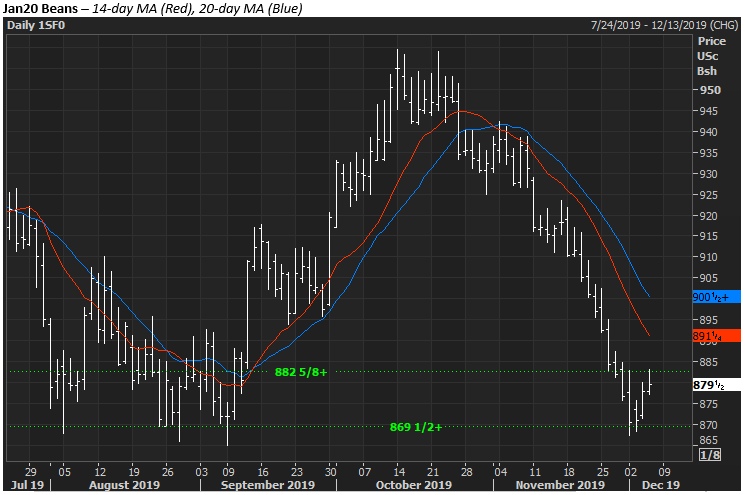