A nice two-day rally to begin the week has Nov19 futures back above their 200-day moving average for the first time since early July. The market slipped today but still managed to hold above the key moving average the entire session. Prices now sit near two month highs with trade awaiting yield and harvested area data before making the next major move.

As a lesson, It’s important to not fixate on one formation as you’ll try to fit the pattern into every chart. That said, Nov beans do look as though they completed two subsequent descending triangles in August and again in September. Each triangle’s upward break objective was met with the push just above 916. This could help explain the pause here as longs take profits. The market also moved into deeply overbought territory, another indication consolidation is likely following the early week gains.

After the USDA report on September 12th, the bean market entered a consolidating phase, doing a nice job of holding 50-day moving average. This offered a spring board for this week’s progress. Now, with the triangle pattern objectives met, some consolidation wouldn’t be shocking. Keep an eye on the 200-day moving average as key support short term. While third leg objectives sit near the July highs. 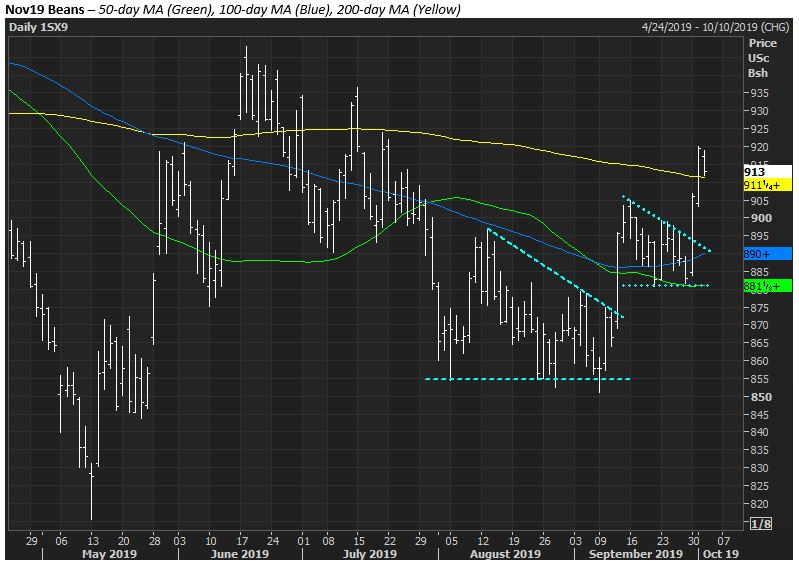 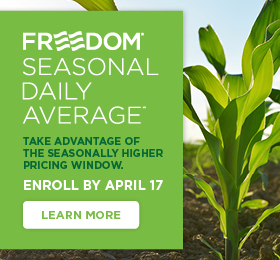