This week’s consolidating theme continued for corn futures today. Prices have spent much of the week either side of unchanged as trade awaits Friday’s USDA crop report. Late year short covering stalled last week which has allowed catch up farmer selling to push prices from their recent highs. But with so much riding on Friday’s data, trade is unwilling to chase breaks or rallies.

After a nice pop into the new year, prices have been on the defensive this week attempting to solve what was an oversold condition. The market has shown a reluctancy to venture too far from the 50- and 100- moving averages as barging buyers have surfaced by the close of each session. Expect trade to remain rangebound between 380-390 until Friday’s data. After that, price action will not be a function of technicals as the fundamental paradigm will likely be shifted.

Not a lot of technical advice this week as we consolidate ahead of such a big USDA data dump. With so many unknown variables about this years crop to be put to bed, prices reactions will likely be violent as we define a clear set of winners and losers. Stay tuned. 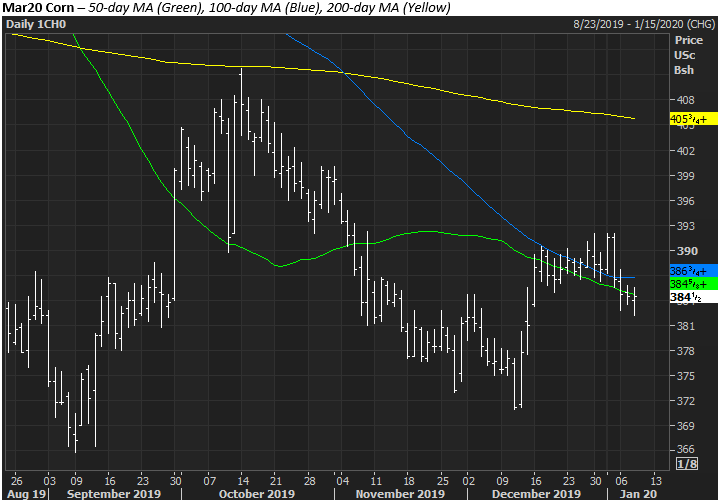