An explosive day for the entire sector though prices again finished off their session highs. For March beans it was an advance to fresh contract highs for a 12th straight day. At the session peak the market was up 60c, within 10c of the daily limit. An amazing session with the market asking how high can we go?

When looking at analog years most point to either 2008 or 2011, as demand was robust in both years. When looking at the respective July contracts, in 2008 prices managed to trade as high as 1658. While in 2011, though prices didn’t back off entirely, they did turn rangebound only reaching as high as 1400. The difference? Last half January rainfall in South America.

Though these are technical comments, the question of where we go from here will largely depend on how the weather shakes out in South America over the next 30days. If we stabilize the conditions with needed rainfall, expect a similar feel to 2011 with today’s high of 1370 up to 1400 probably satisfying the risk/reward bull. On the other hand, if Brazil and Argentine production declines continue through the last half of this month the door is open for similar price action as 2008. 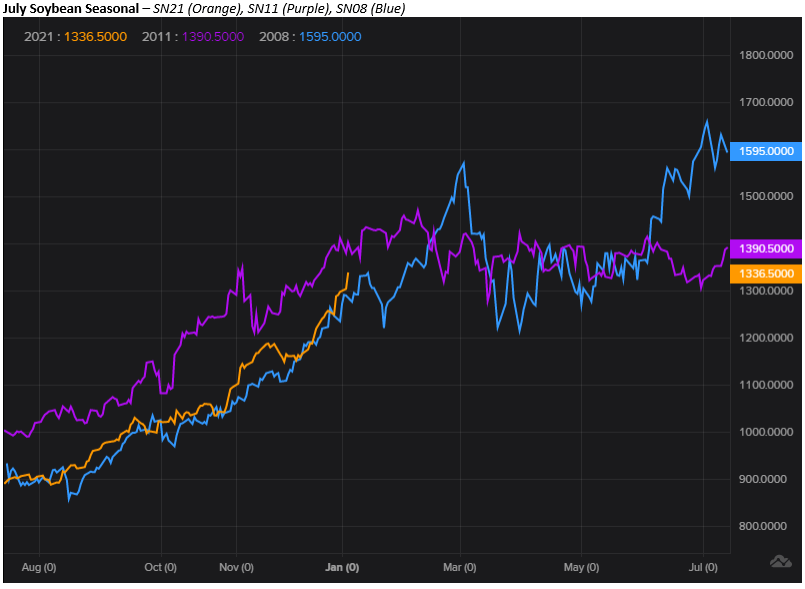