This week kicked off with a sharply lower tone in both commodity and equity markets as more negative news regarding Chinese trade crept back into headlines.  Friday’s USDA report to end last week did not appear to have a sizable impact on market sentiment and it seems likely the trends pre-report will remain until we get an updated acreage figure in January. Focus will now shift to harvest progress which was delayed until Tuesday night for the observance of Veteran’s Day.

Crop progress reported Tuesday night pegged corn at 66% harvested, up 14 points from last week, and soybeans at 85% which was up 10 points from the previous week.

Wednesday started off with a lower trade led by wheat futures based on planted progress figures given Tuesday night which were right on the five-year average of 92%.

Thursday saw a continuation of weakness for soybeans owing to a noticeable lack of positive trade news along with a technical trade that is pressuring six-week lows on the chart.

Export sales data on soybeans released Friday showed strong net sales up from the previous four-week average with one notable destination being China. Corn net sales were highlighted as up 19% from last week. 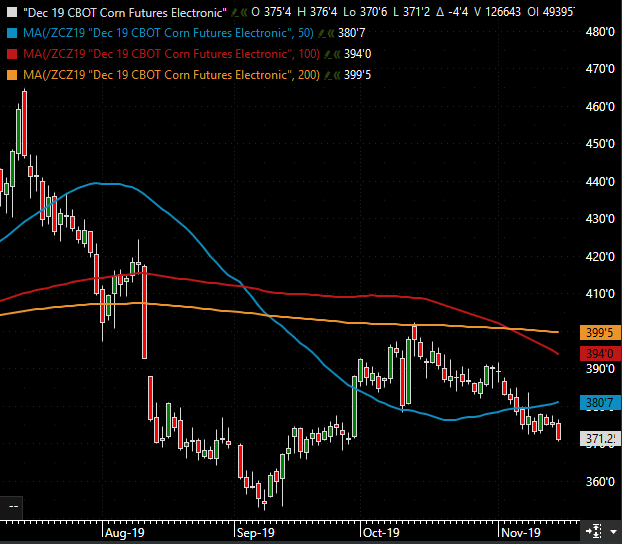 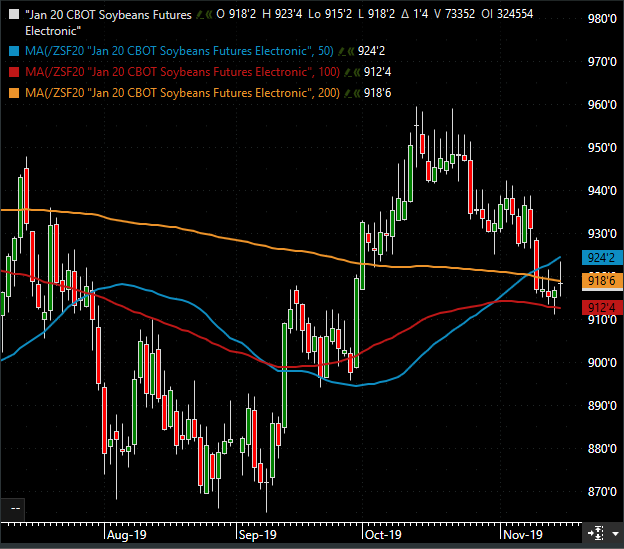 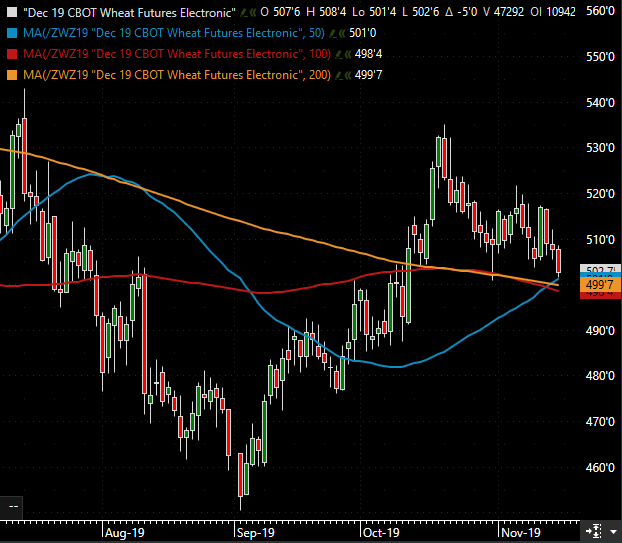