Monday kicked off the week quietly without a well-defined structure to the trade as most eyes were looking to Tuesday’s updated supply and demand report from the USDA. Fears of coronavirus continue to loom negatively on the market and threaten to impair Chinese ability to live up to their phase one trade deal promises.

Wednesday’s trade was a continuation of the week’s trend in a quiet session with China’s indeterminate absence from the market despite the USDA increasing export expectations and slashing of carry-out.

Friday had soybeans initially trading higher, riding on the week’s positive sentiment, but fell off towards the end of the session, losing some of Thursday’s gains. Despite this slight selloff, soybeans remained resilient, closing higher for the week and finishing at two-week highs.

The market will be closed for the President’s Day holiday, and will reopen Monday night at 8 pm. 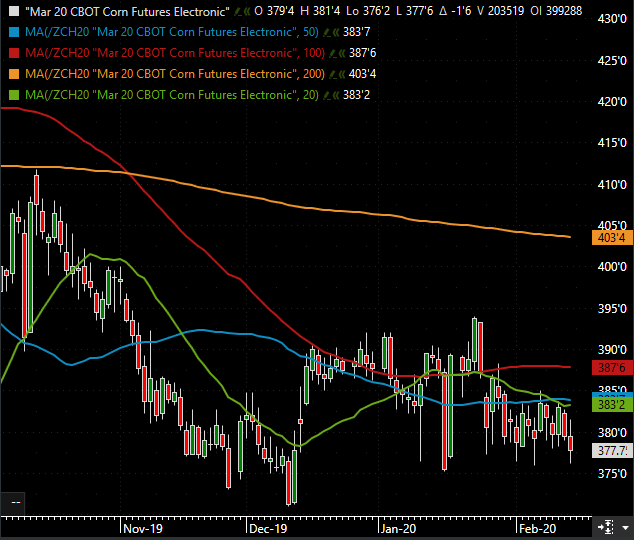 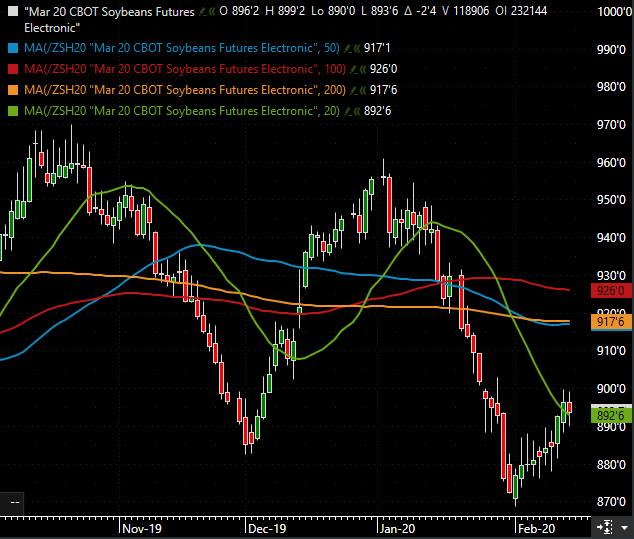 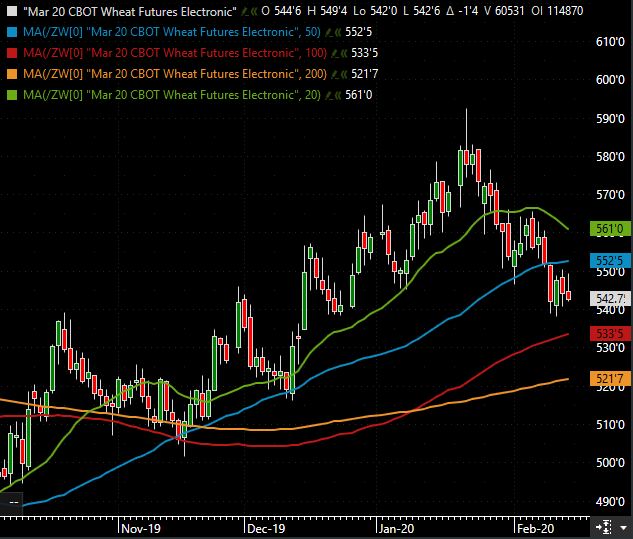 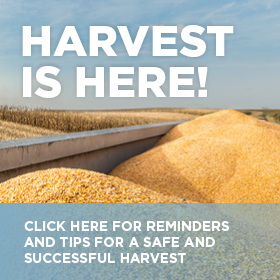