The trade kicked off the week on Tuesday with corn gaining 1 cent over the course of the day. July soybeans were the real story on Tuesday as the USDA showed some flash sales of beans to China pulling beans higher by 13.75 cents.

Tuesday’s crop progress report had corn planting at 88% planted this week vs 80% planted last week and ahead of the 5 Year Average of 82%. North Dakota is 54% planted, well behind the 79% planted 5-year average. Corn crop rating came in at 70% Good-Excellent for the start of the growing year. Soybeans across the US came in at 65% planted vs 53% last week and a 55% 5-year average. Wheat condition is reflecting a 16% Poor-Very poor condition vs % last year.

Thursday trade started off and all eyes were on corn as short coverings took place and as reports showed Ethanol production climbing back. July corn traded as much as 10 cents higher during the day before falling back to end the day up 7 cents at the close. July soybeans traded down 1.5 cents on the day as it took a backseat to the corn movement.

Friday corn finished the day down 1.75 cents and beans were down 6.25 cents.as the market geared up for President Trump’s press conference regarding Hong Kong. 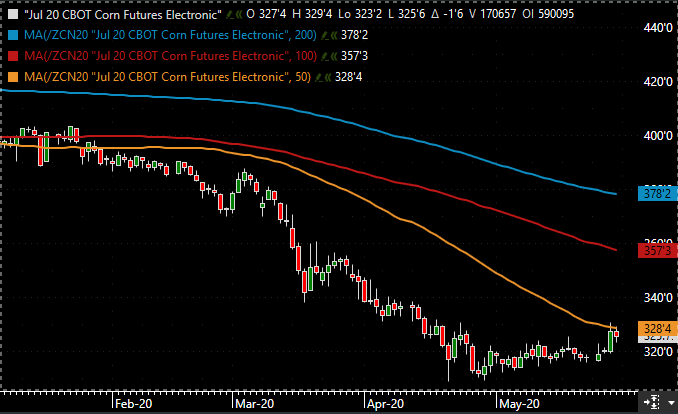 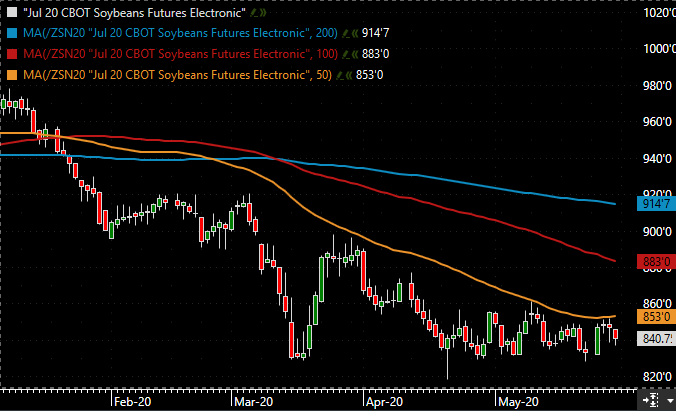 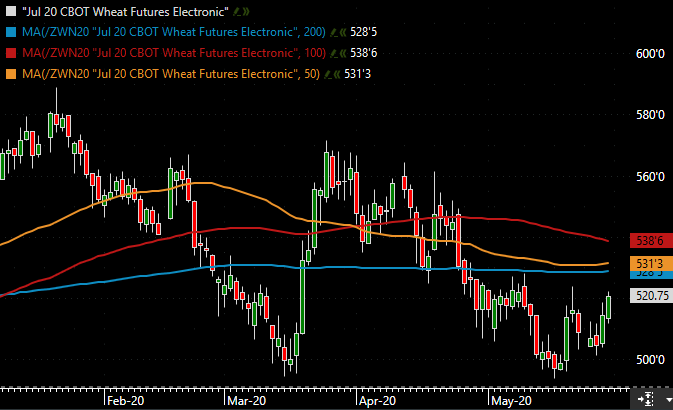