Monday’s trade started off with July corn opening on Sunday evening at 6.9500 and then proceeded to trade as high as 7.0600 before fading off and closing the day at 6.7925. Soybeans opened the week at 15.9975 futures and had a 65 cent trading range throughout the day before closing the day at 15.5850. The USDA pegged the corn crop virtually planted on the crop progress report aside from a few replant acres here and there. Corn came in 90% emerged, and is about 1 week ahead of the 5 year average. The USDA did pull the G/E ratings back 4% week over week to have the corn crop sitting at 72% G/E rating. Soybeans are 90% planted, which is 11% ahead of the 5 year average, and they are also 76% emerged which is 17% ahead of the 5 year average. Beans are starting out this year at 67% G/E rating.

Tuesday had another wide day of trading, with July corn opening at 6.8200 and trading as high as 6.98 before once again fading off into the close to end the day at 6.8000. The CNCU corn spread came in another 6.25 cents as the spread continued to narrow with the Index Fund roll. Soybeans attempted to bounce back on Tuesday opening the day at 15.7100 and trading up throughout the day to close at 15.8000.

The July corn futures on Wednesday gapped higher again on the open starting the day 2.5 cents higher than the close on Tuesday, and then trading higher throughout the day to end the day at 6.9075. Weather forecasts started predicting drier 6-10 day forecasts which helped out prices as the trading session continued. July soybean futures on Wednesday had soybeans once again selling off, with July beans opening at 15.8425 and trading lower throughout the day to close down 21.75 cents at 15.6250 futures.

Thursday had July corn trading in a 30 cent range again with corn opening at 6.9100, and trading as high as 7.1750 as soon as the June WASDE report hit, to fade off slightly before closing the day at 6.9900. Domestic corn ending stocks showed the USDA revising their numbers from the May projections of 1.507 billion bushel carry out down 150 million bushels to sit at 1.357 billion bushels. The market is now watching weather patterns and is gearing up for the typically highly volatile June Acreage report at the end of the month. The soybean trade on the day had July soybean futures once again trading lower as the WASDE report added 15 million bushels back onto the 21-22 ending stocks, with beans opening at 15.6250 and closing the day down 18.25 cents at 15.4400 futures.

Trade on Friday after digesting the report a bit more had the commodity markets selling off, with corn opening at 6.9950 and then selling off throughout the day finishing at 6.8450. Soybeans again were dragged lower on the day opening at 15.4450 and selling off and finishing the day down 35.5 cents to close the day at 15.0850. 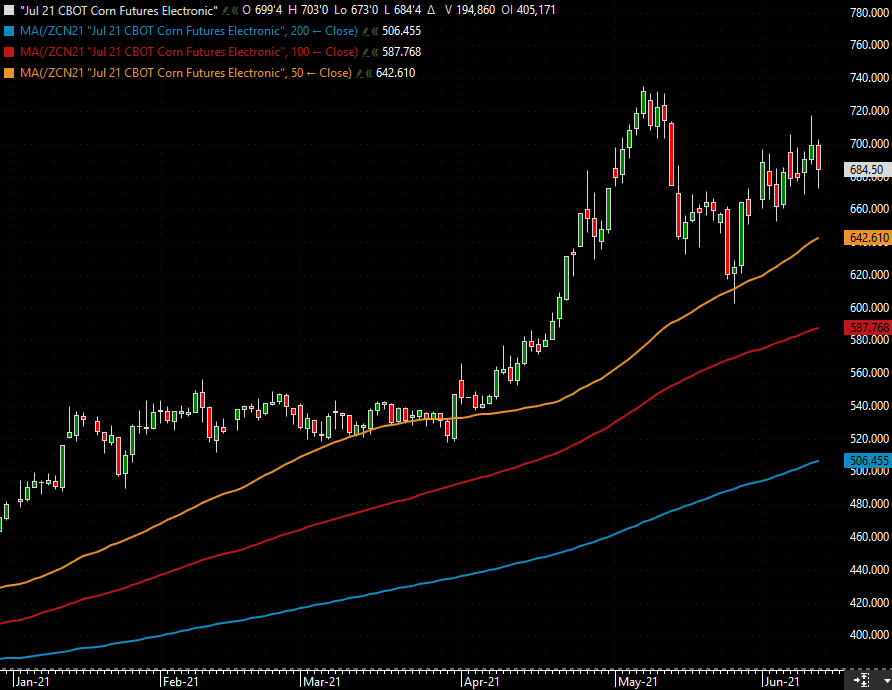 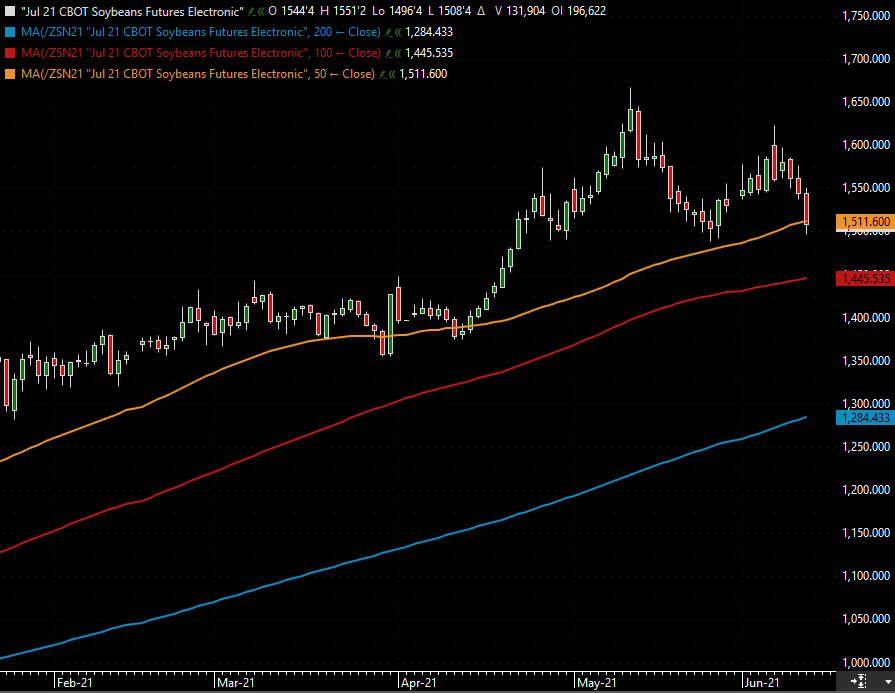 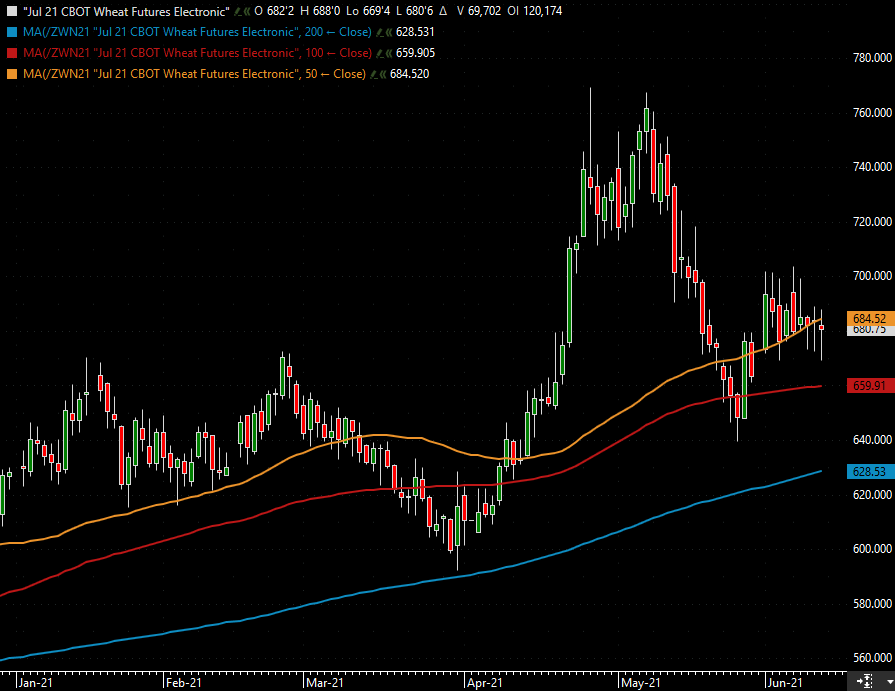