The corn market opened the week at 6.0525 and traded lower throughout the day to close Monday’s trading session at 5.9975. US Corn exports once again struggled on the week as exports came in at 0.328 mmt lower than the same week a year ago. Soybean futures opened the week at 14.0450 and started trading lower almost instantly with futures dropping almost 20 cents to close at 13.8475 based off of better South American weather forecasts and exports lower by 1.03 mmt year over year.

Tuesday’s trade brought the CH22 futures opening at 5.9975 and trading slightly higher to close at 6.0100. The soybean market on Tuesday despite having a 22.5 cent trading range on the day, closed with March 22 Bean futures closing unchanged on the day, but up 1.75 cents from the close the day before.

On Wednesday, the corn market responded fairly neutral to the USDA reports and finished the day with CH22 futures closing at 5.9900 which was down 2 cents on the day. The markets favored beans on the day with the SH22 futures gaining 14.5 cents after the report came out to close the day at 13.9925. The USDA report was not a surprise by any means on harvested and planted acres for corn as harvested acres were only up 300,000 acres and planted acres only increase 100,000 acres. The corn yield was unchanged as well at 177 bu/acre. The big surprise on the day came from the EIA data as Ethanol stocks gained 1.552 million barrels week over week. Soybeans dropped their harvested acres by 100,000 acres and increased yield by 0.2 bu/acre to finish he year out at 51.4 bu/acre.

Thursday the March 22 corn futures took a little dive as the market traded lower 11.5 cents to close the day at 5.8750. SH22 bean futures gave up everything they gained the day before and then some as beans opened at 13.990 and closed down at 13.7725. Corn exports for the week came in at 0.457 which was down 0.90 mmt from a year ago meaning that export demand has drastically fallen off. Soybeans were also hit with lower export sales which totaled 0.735 mmt this year vs 0.908 mmt last year.

Trading came to a close on Friday with March 22 corn futures rebounding slightly from the drop yesterday, closing the day at 5.9625. Soybean futures continued to slide as beans opened at 13.7675 and closed the day down 7.5 cents at 13.6975. 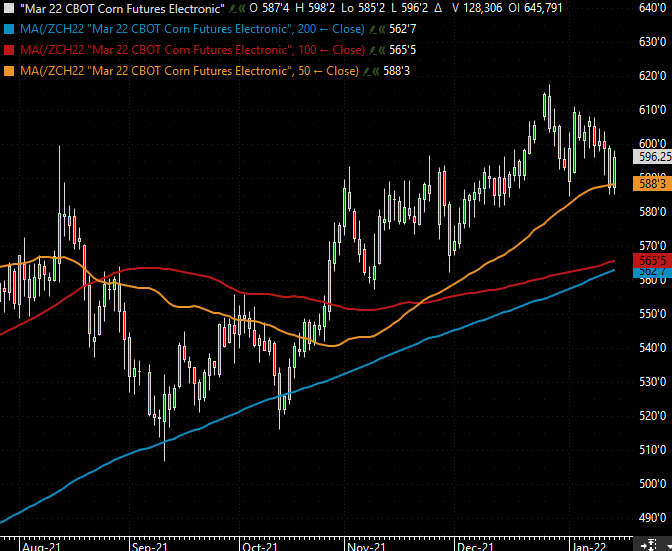 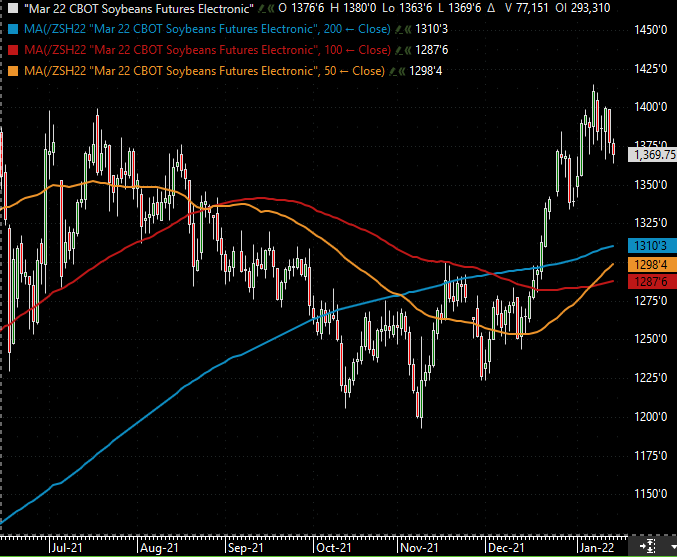 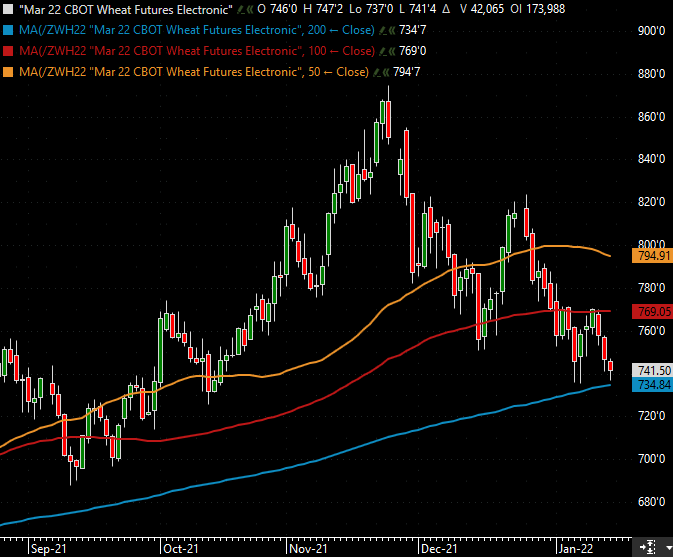